A Powerful Force: Groeneveld-BEKA Brings Automatic Lubrication to Customers Around the World

All over the world, from seaports to recycling plants, fulfillment warehouses to wind farms, machines carry on the work of the day. When they’re well lubricated, it’s a pleasure to watch. Cranes and stackers move containers around like building blocks. Pallets travel seamlessly from shelf to truck. Blades turn at the slightest breeze.

There’s a lot to be said for the right amount of lubrication at the right time, consistently over the life of a machine. Bearings, chains, and gears simply last longer. Grease collars form to keep dirt and moisture out. Blown-out seals become a thing of the past.

But lubricating machinery can be a hazardous and time-consuming job. Today, automatic lubrication pumps and systems take human beings out of risky situations and make machines more productive. Along the way, they reduce costs, extend equipment life, and solve waste and environmental challenges. 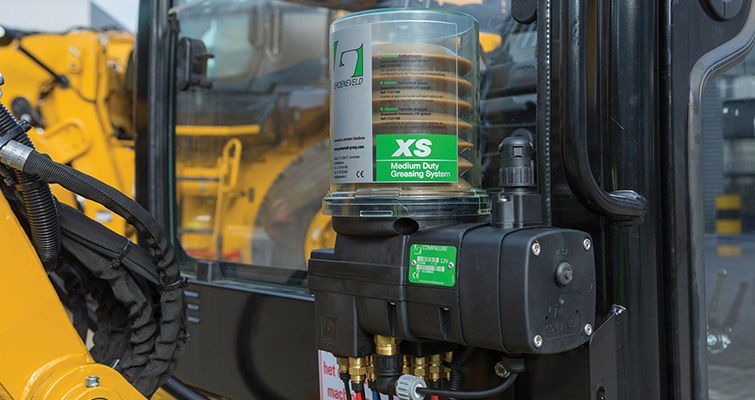 Timken first entered the lubrication market in 2013 when it acquired Interlube . Four years later, the company significantly expanded its portfolio and global reach with the acquisition of Groeneveld and has now incorporated the Interlube brand into Groeneveld.

“It’s an extraordinary marriage,” says Richard Butler, president of Groeneveld. “These two very strong, very proud companies are focused on different applications as their core activities, as well as different routes to market. As we bring the two together, we create a powerful force.”

BEKA has 900 employees across Europe, Asia, Africa, and North America. The company has and is experiencing strong growth. Its commitment to customer service and product innovation has paid off with an impressive portfolio of loyal, longstanding customers and an extensive product line serving a variety of market sectors.

BEKA secures Timken’s entry into the broader industrial lubrication market, which comprises 85% of the world’s lubrication systems. The company’s progressive systems are popular with OEMs making machines for industries, such as wind energy and food and beverage.

“I see multiple opportunities for taking BEKA’s product and expertise into the industrial side of Timken,” says Butler. “BEKA went with progressive systems as their technology norm, and now is a leader in that market. With BEKA, we have acquired a large range of progressive series pumps, along with a great deal of knowledge and experience of those systems.”

BEKA’s product line is an ideal complement to Timken’s existing automatic lubrication product line. Groeneveld leads the off-highway sector with its dual-line lubrication systems, which feed grease over long distances under controlled pressures. They are ideal for the large vehicles and equipment you find in seaports, construction sites, and quarries. In addition, Timken has the on-highway truck and trailer side of the market covered with Interlube multi-line systems. 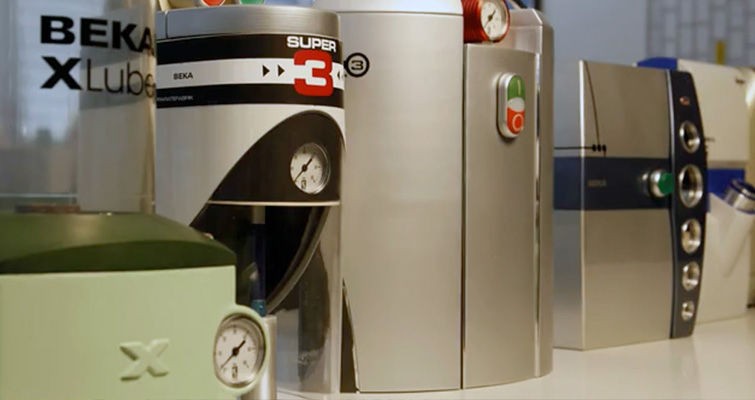 Butler says the geographic alignment between Groeneveld and BEKA is just as complementary as the product alignment. “There isn’t a single geography where Groeneveld and BEKA are in direct competition,” he says. BEKA has focused intensively on global expansion in the past few years, more than doubling sales generated outside Germany since 2013.

Under Timken leadership, the Groeneveld team has also been expanding around the world, active in 48 countries and counting. Butler has doubled the number of Groeneveld distributors over the past two years and expects to double it again by the end of 2020.

The Groeneveld team opened a new research and development (R&D) facility in Italy recently, launching new self-fit MultiLine AC and MultiLine AXL systems in 2019. Those systems are designed for trucks and trailers, as well as light or medium industrial applications, and address a void in the market that Timken bearing distributors have long sought to fill.

As a result, the company has hired new application engineers in Canada, Poland, France, Spain and the Netherlands. “We’ve had some good success,” says Butler. “We’re gaining a huge amount of experience and exposure and winning business.” As proof, he cites a fulfillment warehouse for a large online retailer, as well as a steel recycling plant and a canning plant for a century-old soft drink company.

Butler and his team are hard at work, integrating Groeneveld and BEKA. “Over the last two years, we’ve transformed Groeneveld into a global-facing, global-acting enterprise,” he says. “We’re focused on doing the same for BEKA, while respecting and maintaining its culture and strengths.”

Meanwhile, lubrication product synergies for Timken’s entire driveline product portfolio couldn’t be stronger. Already, the company has been co-promoting its power transmission product lines alongside its Groeneveld portfolio. “The response has been extremely positive from our OEM customer base,” says Butler.

“Wherever you have a driven mechanical process, you have the need for lubrication. It’s a coherent strategy that starts from our core bearings business and goes through all of our power transmission products.”

The acquisition of BEKA accelerates and expands that strategy. “BEKA offers us entry into a greater number of markets and helps us offer lubrication systems to more Timken customers,” says Butler. “For example, in wind and in medium-sized industry, BEKA has an extensive product range.” Together, those two sectors generated more than a third of BEKA sales in 2017.

Butler and his team plan to build on the sales management methods they developed with Groeneveld as they integrate with the BEKA team. “We’re going to be pleasantly surprised by the number of crossover opportunities that we identify,” he says.

A focus on strong customer relationships

As is typical with any new technology, end users are embracing automatic lubrication faster than OEMs because they see first-hand how these systems deliver efficiency in their everyday operations. That’s why Groeneveld has historically targeted dealerships and end users looking to install lubrication systems as an aftermarket option on their equipment.

As a result of its integration with Timken, Groeneveld is now offering a comprehensive range of OEM services and working with 20 OEMs to design add-on automatic lubrication systems for new products. Being specified by the OEM as the lubrication system of choice ultimately flows through to end users in terms of promotion and awareness.

“We offer OEMs a menu of how far they want to integrate the lubrication system,” says Butler. That menu includes various degree of customization, aftermarket servicing, spare parts, and service replacement items.

The company is also rolling out a range of service options to end users. Today, Groeneveld customers can purchase maintenance contracts tied into a database system that alerts them when their system needs to be serviced. They can also choose to have Groeneveld come out and do inspections and servicing on a regular basis.

“It’s a critical element of our relationship with end users,” says Butler. “Lubrication systems, like any other system, require regular servicing. Now, we can take that worry away.”

The BEKA team is entirely in alignment with that customer service mindset. Team members pride themselves on the company’s loyal base of OEMs—customers that they’ve worked with for years. A high bar, when it comes to after-sales service and maintenance, has been key to those relationships.

Organic growth remains the central strategy, with a strong focus on product innovation. Butler has a robust plan to create a unified Groeneveld-BEKA and looks forward to expanding the company into new regions and technological frontiers.

At Groeneveld’s new R&D facility, the focus is on Industry 4.0—communication and information—rather than on the purely mechanical side of things. “We’ve been looking at how information technology interrelates and interreacts with lubrication—what data we can get from the lubrication point, and how we can use that to lubricate more efficiently,” says Butler.

BEKA R&D teams are also focused on automating processes and developing software and hardware that add value to their lubrication systems. Butler is eager to bring the two teams together and see how they can each benefit from the progress they’ve made.

With the acquisition of BEKA, Timken’s lubrication business becomes number two in the market, in terms of revenue. “In terms of offerings, we believe we have the best selection,” says Butler. “We’ve done the requisite research and diligence to be sure that these two companies will come together to make one very strong enterprise—one that we can more substantially and more quickly leverage into the Timken customer base than we could with Groeneveld alone.”

Butler looks forward to the day when OEMs include lubrication systems as standard shipment. “End users are demanding it because the benefits and residual value are well documented,” he says. “These OEMs are going through the exact same challenges that car companies went through years ago with features like air conditioning and power windows and doors. At a certain point, when the first OEM jumps, the others will follow.”

As OEMs and end users gradually adopt automatic lubrication, Butler says bringing the two brands together puts Timken in a much stronger position to get the message out, speed up adoption rates, and convince customers to make the switch.

“Lubrication is a naturally growing market in all the geographies we serve,” he says. “We have geography, we have applications, and we have end-user conversion. That, in many respects, is the trifecta of organic growth.”

Please select your region and language